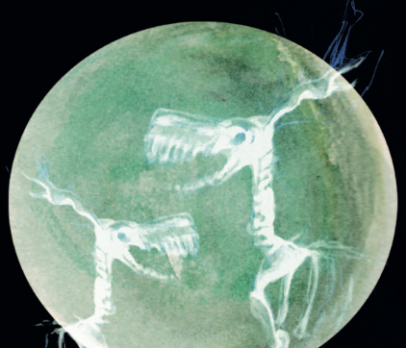 French. In late 2017, protesting the ongoing forced slaughter of indigenous reindeer herds in Norway, a young Sámi artist traveled to Oslo to set up a “curtain” of four hundred reindeer skulls in front of the national parliament. The demonstration drew considerable attention, both nationally and internationally, and mobilized a complex range of historical resonances—from the first Sámi protests against the Alta hydroelectric project, half a century earlier, to the vast piles of bison skulls that accumulated during the US campaign against the Plains Indians in the 19th century. Situating the curtain in a context of chronic state violence, indigenous invisibility and crisis biopolitics, the article examines the multiple apocalyptic logics summoned in the work.