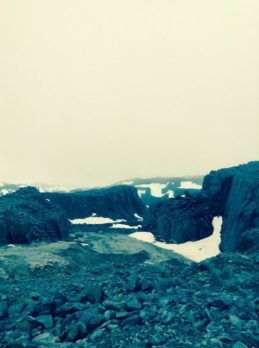 The article explores a set of sacrificial logics that cluster around a prospective copper mine, situated on the bank of a fjord in the Norwegian Arctic. Analyzing the project as a “sacrifice zone” in the making, the argument first draws out some of the ways in which sacrifice is being used to conceptualize, compel, critique and justify a still-future resource extraction project. From there, it moves to discuss sacrificial logics that are at work, more covertly, in the language of planning decisions and reports. Finally, it uses the concept of sacrifice to decipher a curious public exchange between the mayor of the municipality and the director of the mining company—an exchange that reveals concealed dynamics when consideredthrough the oscillation between “payment” and “gift”, with “sacrifice” as anobviated third term. In closing, the essay presents some general observations on the relationship between capitalism and sacrificial destruction.