Article: Weight, Density and Space in the Norwegian Reindeer Crisis (2014) 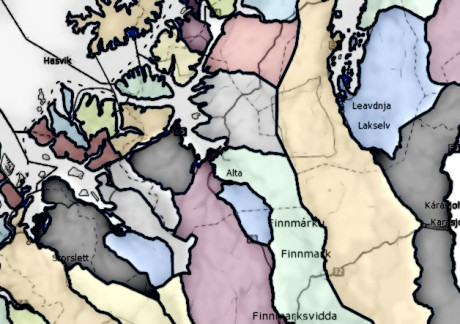 For decades now, the dominant narrative about indigenous reindeer pastoralism in northern Norway has been that there is a crisis of excess: an oversized reindeer population, poorly held in check by poorly governed herders, is overgrazing the tundra, degrading the pasture grounds, spilling over into urban spaces and precipitating moral crises by starving to death “out there,” on the tundra. Set against the background of this ongoing crisis, the present paper focuses on a set of particularly dense conceptual intersections that cluster around the notion of weight, and the manner in which weight functions both as a crisis indicator and a metric for assessment in contemporary Norwegian pastoral governance. Tracing the work and structure of the weight concept as applied to reindeer—against a dominant government narrative that parses numerical indicators as neutral, objective and apolitical—the paper outlines some of the erasures that the weight metric simultaneously carries out and occludes. The aim of the exercise is to specify and critically reframe certain core issues in the current management of Norwegian pastoralism, by problematising the supposedly neutral, scientific operation of quantitative metrics and assessment practices.

Reinert, Hugo. 2014. Weight, Density and Space in the Norwegian Reindeer Crisis—Notes Toward a Critique. Valuation Studies 2(2), 153-183