Chapter: The Landscape Concept as Rupture—Extinction and Perspective in a Norwegian Fjord (2015) 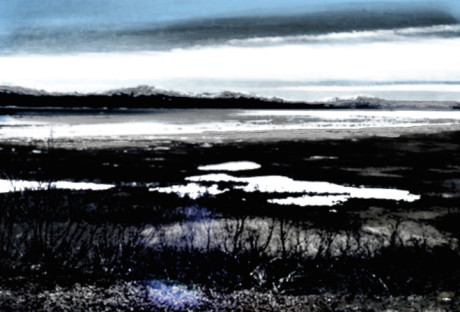 Drawing on a case study of landscape-level protection measures implemented in a fjord in the Norwegian Arctic, this chapter takes the concept of rupture as a productive opening on the complex social, spatial and biopolitical dynamics of more-than-human landscapes. The argument examines a series of disruptions associated with the efforts of ecologists to protect a highly endangered migrant goose population breeding in the area. Measures intended to protect the geese alienated local stakeholders, and rising hostilities culminated in 2010 with hunters threatening to “reclaim the fjord” by exterminating the goose population. The argument moves through several framings of this conflict, before tracing it back to a conceptual ambivalence in the idea of landscape itself, an unresolved oscillation between landscape-as-ground and landscape-as-perspective. Framed thus, the conflict draws out a politics predicated on an ontological rupture between human and nonhuman actors, encoded and reproduced in the ecological sovereignty that the landscape concept affords to a privileged human subject-perspective. Closing on a more general note, the text offers up a discussion of the flyway concept as an alternative register of spatial thinking: one that is capable, perhaps, of enacting a figure-ground reversal that reframes common-sense notions of landscape, space and what it might mean to inhabit either.