Article: Knives for the Slaughter—Notes on the reform and governance of indigenous reindeer slaughter in Norway (2012) 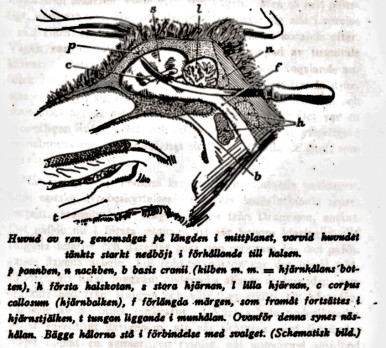 Drawing on historical records and ethnographic fieldwork, this article examines the history of the so-called curved knife, or krumkniv, as a window on the governance and regulation of indigenous Sámi reindeer slaughter in Norway.

Originally developed by scientific activists in the 1920s, in the context of a series of experimental field trials held at a farmstead in Røros, the knives were designed to combine efficiency and ease of use with the elimination of visible animal pain, thus bringing indigenous slaughter in line with the shifting aesthetic and moral concerns of the time. The innovation was highly successful, and the knives rapidly adopted as essential tools of the herding trade – to the point where today, most users disregard their origins.

Moving forward to the early 21st century, the situation had shifted almost entirely: animal welfare activists now decried the same knives as a barbaric anachronism, while herders defended them as part of their cultural heritage. Historical narratives of moral progress articulated with other discourses to produce a homogeneous present moment of the state, a moment that threatened to exclude herders from participation in the ongoing nation-building project – constituting them instead as objects of intervention and reform, targeting the successes of previous reform. Herders, meanwhile, challenged such negative constructions by defining the knife as an indigenous tradition, invoking the international commitments of the state to preserve their cultural heritage.

Comparing these two historical moments, the article draws out how the technical minutiae of slaughtering practice could operate both as an instrument of social engineering, and as an arena within which complex, large-scale issues – to do with matters such as social inclusion and participation, the value of history, the function and obligations of the state – could be settled, contested and redrawn.